The MSHA Compliance rules you need to know. Fast! 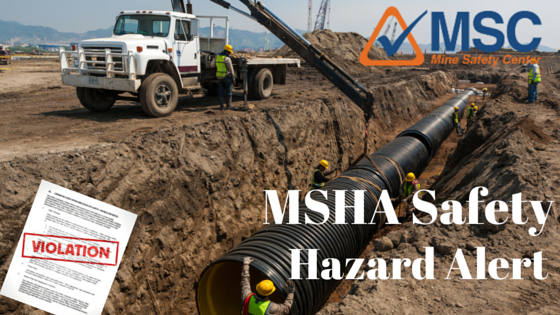 Since 2008, six persons have died at metal and nonmetal mines in accidents involving large diameter plastic pipe.  Two delivery truck drivers were killed while their flatbed trucks were being unloaded at the mine.  In both cases, an unsecured section of pipe rolled from atop the truck’s load of pipe, fell and struck the driver as he stood nearby.  Two pipe crew supervisors, one a contractor, died while connecting sections of pipe using excavators and lifting straps to support and position the pipes.  One died when the pipe slipped out of the strap and struck him; the other was killed when the pipe sprung out of the positioning cradle and struck him.  A pipe foreman and a contract laborer were killed when they were struck or crushed by the pipe while assisting excavators re-position long sections of pipe using lifting straps.

Again, MSHA mentions their increased use of walk and talks, however this time without a veiled threat:

MSHA plans again this month to continue walk and talks at mine sites and enlist the assistance of mines, miners and mining industry groups in the effort to raise safety consciousness, stay safety-vigilant 24/7 and send miners home every day at the end of their shift.

That’s a sentiment we can all get behind. Though there were too many tragic deaths last year, 2015 was overall the safest year ever for the mining industry.

MSHA standards require that materials not be stacked in a manner that creates a fall-of-material hazard, that taglines be attached to loads that may require guidance or steadying while suspended, and that hitches and that slings used to hoist materials be suitable for the particular material handled. 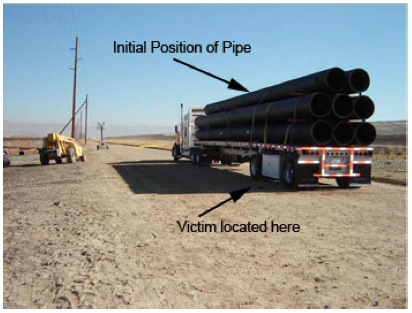 Here are some best practices for lifting large objects of any kind with a few specific to plastic pipes:

For more detailed information you can consult this post from North American Pipe Co.

A number of MSHA safety hazard alerts have been issued to open 2016. Now is the perfect time to conduct a thorough examination of your operation and equipment. Ensure everything is MSHA compliant and in working order before operations ramp up in the spring.

Never miss an MSHA enforcement initiative again. Sign up to have MSHA and industry updates sent right to your inbox.